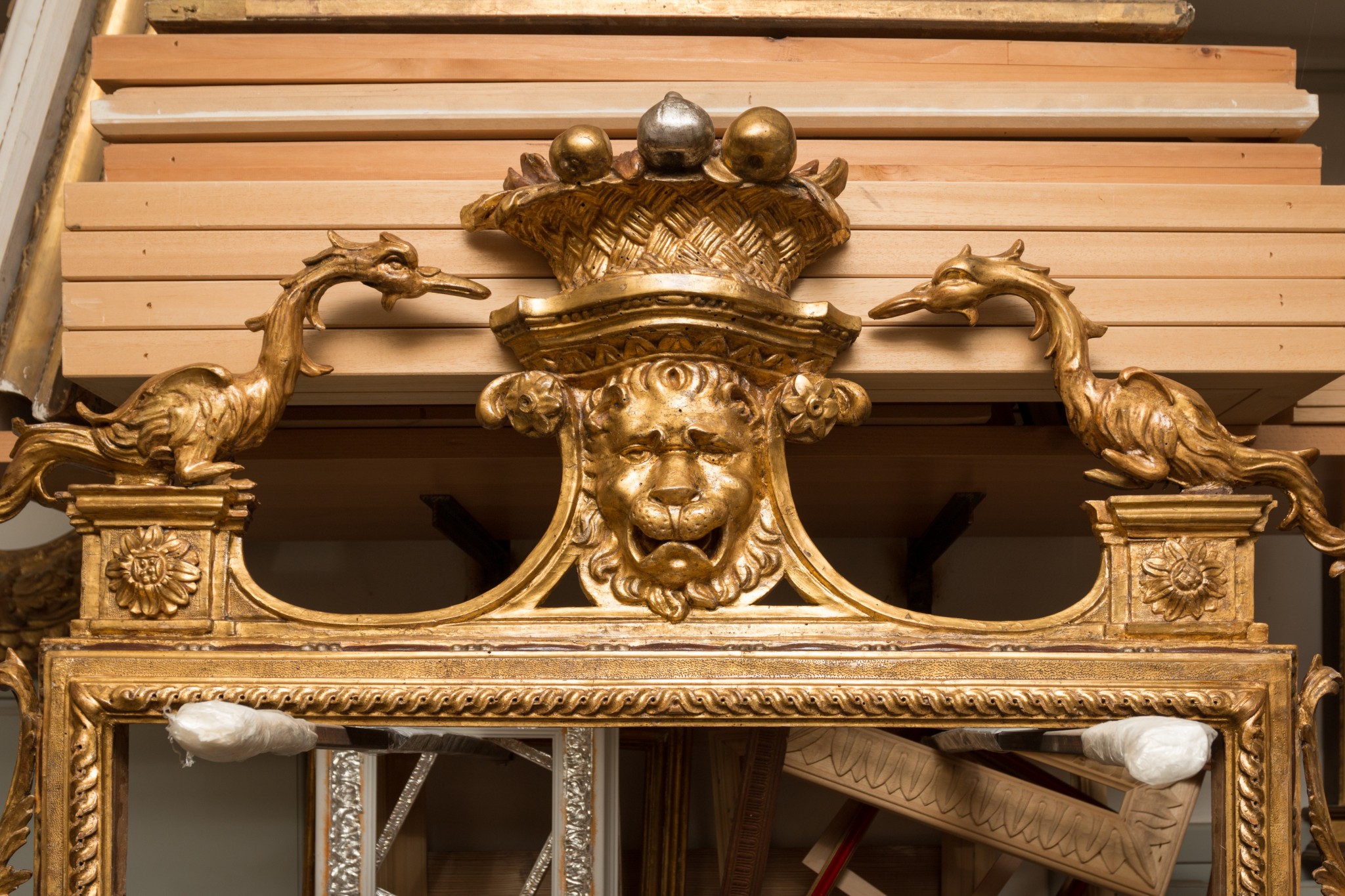 This frame had reported big damages at the structure after a fall. To restore it, it has been necessary do, as first step, block the gold on the frame; since the frame was crooked, to make all four sides of the frame return perfectly straight, it has been put again as it was before through the creation of some cuts on the back, filled up with some “sverze”. 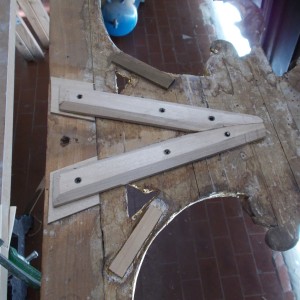 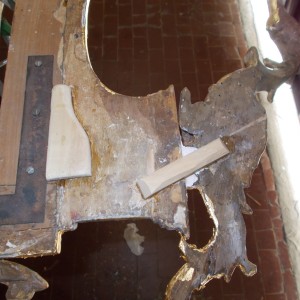 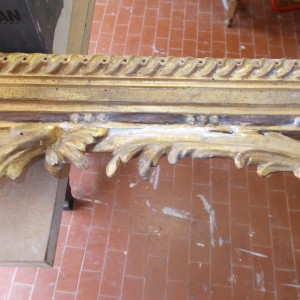 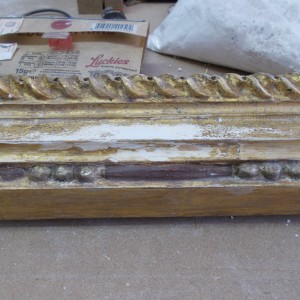 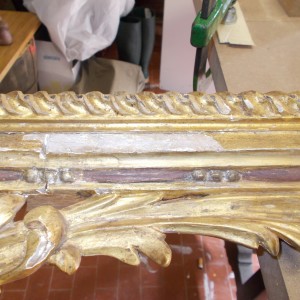 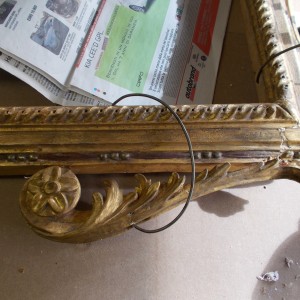 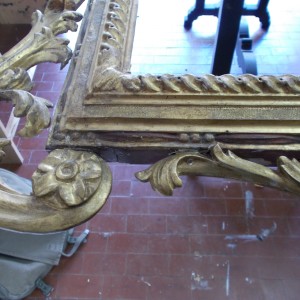 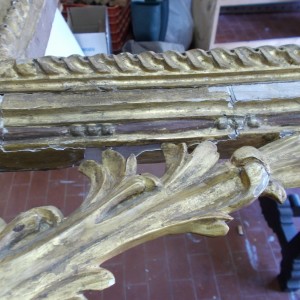 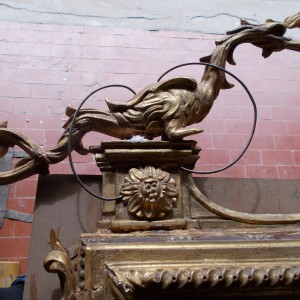 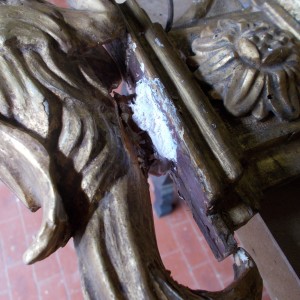 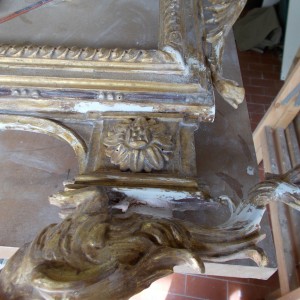 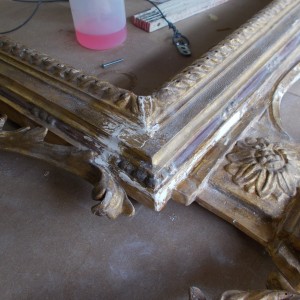 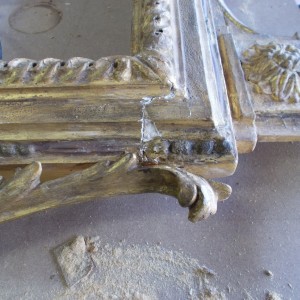 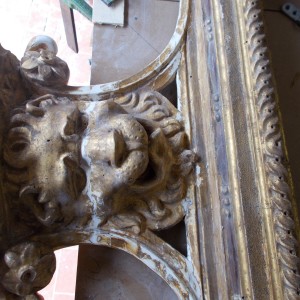 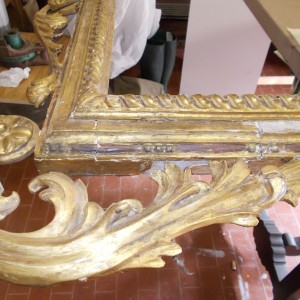 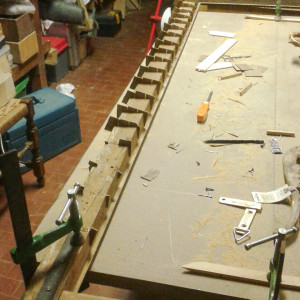 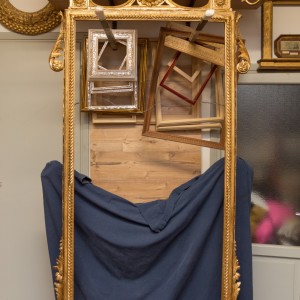 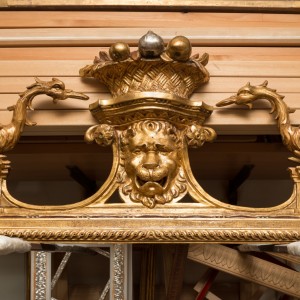 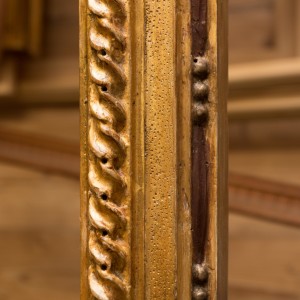 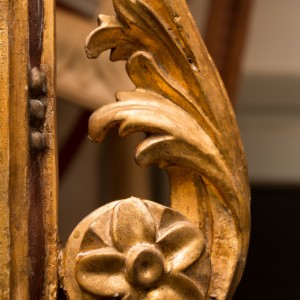 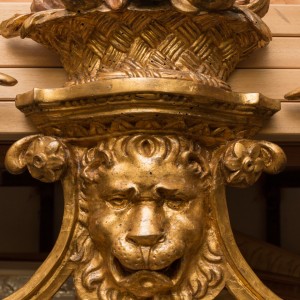 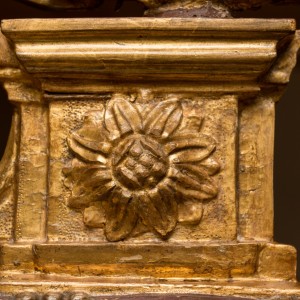 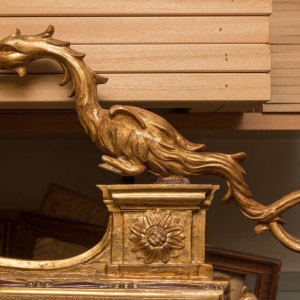 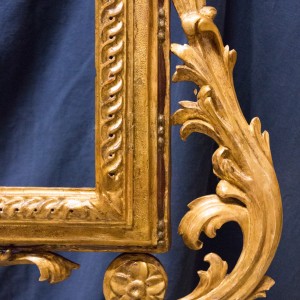 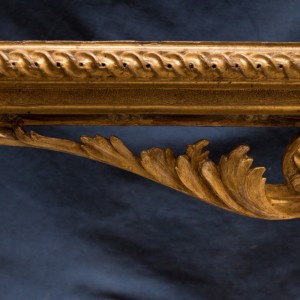